Helping The Injured Get Justice 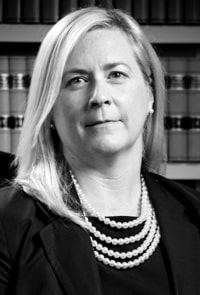 Danielle, while working in a corporate legal department, made the decision to attend law school at night, following in the footsteps of her family members. She joined Shebell & Shebell, LLC in 2001 and is proud to be a member of the firm established by her grandfather, Thomas F. Shebell. Danielle’s practice areas have varied from personal injury to appellate practice, and she now focuses on representing clients in need of compassionate, thoughtful and aggressive representation in New Jersey Workers Compensation claims and appeals from denials of Social Security Disability benefits.