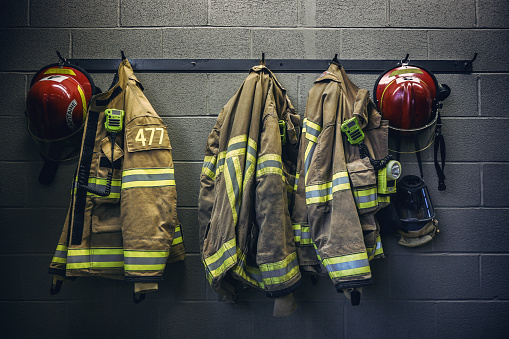 A new study show that firefighters have high blood levels of potentially dangerous chemicals used in the manufacture of blaze-extinguishing foam.

The fact is that it’s not just veteran firefighters who show the "unacceptably elevated blood levels” of the chemicals that are linked to cancer and other health problems.

The high presence of the chemicals also appears in younger firefighters and even recruits, according to The Colorado Springs Independent. The younger firefighters may never have used the extinguishing foam themselves but merely could have been exposed to equipment and training areas contaminated by the “forever chemicals.”

The man-made chemicals — known as PFAS, which stands for per- and polyfluoroalkyl substances — are called “forever chemicals” because they are extremely persistent in the environment, according to an October 2019 study by IPEN, a global nonprofit network of public interest groups.

They’re very difficult to remove from drinking water. They can pass through wastewater treatment processes largely unhindered. Firefighters can be significantly exposed to such chemicals from firefighting foam, whether through direct or indirect contact.

How are firefighters affected by PFAS?

PFAS have been used in industry and consumer products worldwide since the 1950s, according to the U.S. Agency for Toxic Substances and Disease Registry.

Most people have been exposed to PFAS, according to the U.S. Environmental Protection Agency (EPA).

Certain PFAS can accumulate and stay in the human body for long periods of time. There is evidence that exposure to PFAS can lead to adverse health outcomes in humans, according to the EPA.

Studies show the chemicals can cause reproductive and developmental, liver and kidney problems, and tumors in animals.

The most consistent findings from human studies about the dangers of exposure to these chemicals are increased cholesterol levels among certain exposed populations. More limited findings are related to infant birth weights, effects on the immune system, cancer, and thyroid hormone disruption.

The Colorado Springs Independent said that the “Firefighter Cancer Registry Act of 2018” signed into law by President Donald Trump establishes a voluntary registry of firefighters to collect data on cancer incidence. This registry could potentially aid research into the health effects of long-term PFAS exposure.

According to the IPEN study, for firefighters, lack of attention to personal decontamination on-site or at the station remains a possibility for further exposure. These activities show that there may have been significant exposure to concentrate through inhalation, ingestion or skin absorption.

Continued use of these products remains unclear. The IPEN study called for “the global elimination” of PFAS.

The U.S. House of Representatives and Senate versions of the National Defense Authorization Act — a bill to fund the military through 2020 — end the use of PFAS-based foams by 2023.

Manufacturers have developed some types of foams that don't contain PFAS that would presumably replace these foams.

The military has so far resisted to switching to different kinds of foams. The Air Force said no other foam is as strong in fighting liquid fires in military, industrial, aviation and municipal sites.

Contact Shebell & Shebell Attorneys At Law in Shrewsbury and Freehold, New Jersey today for help with cases related to firefighters having high levels of PFAS in blood and for help with other workplace exposure cases.