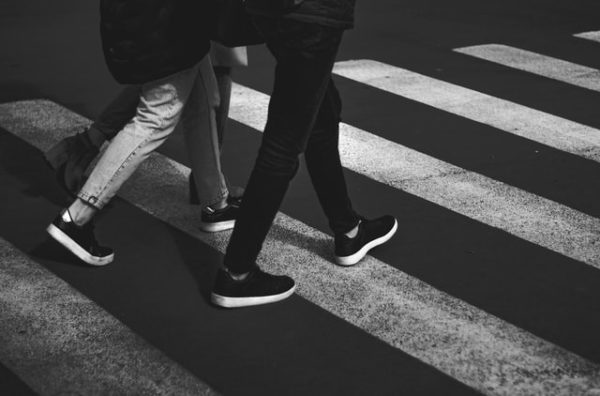 Pedestrians were hit by cars in New Jersey at a tragic & record-setting pace in 2021.

According to a new study, New Jersey may have some of the most deadly streets to walk in the nation.

Last year, there were about 220 pedestrians who died on New Jersey roadways. That's almost two pedestrian deaths for every 100,000 people in the state. Compared to the last 30 years in New Jersey, 2021 had the highest total number of fatal pedestrian accidents reported in a single year.

These tragic revelations come from Smart Growth America's most recent "Dangerous by Design" report. For the study, roadway safety advocates analyzed crash data from across the U.S. They were looking for similarities and patterns that may help identify risks and problem areas.

The study includes an interactive online map that pinpoints the locations of fatal pedestrian accidents from 2008 to 2021. According to the map, the most dangerous New Jersey roadways for pedestrians include:

In New Jersey, drivers must share the road with pedestrians. When they fail to do so, it puts people on foot at risk of severe injury and death.

The Dangerous by Design report highlights the risk to pedestrians and fatal crash factors. Smart Growth for America says that U.S. roads are primarily designed to accommodate fast-moving cars and trucks.

As a result, the group says engineers and policymakers should renovate existing roads and construct new ones with the safety of all road users in mind.

The group estimates that pedestrian deaths would decline with thoughtful design considerations such as crosswalk bump-outs and bike lanes.

Here are some more highlights from the Deadly by Design report:

Improving road design is one way to help prevent pedestrian accidents, but it's important to remember that it only takes one negligent driver to cause a serious collision that injures or kills someone else. That's why holding negligent drivers accountable through the civil justice system is also key.

Pedestrian accidents may seem like clearcut cases, but they often are not. The driver who hit you may be at fault, but don't expect that to make a difference to an insurance adjuster. Insurance companies typically care more about their bottom line than making accident victims whole again.

If you or someone you love was hit by a car in New Jersey, talk to an attorney from Shebell & Shebell, LLC, to review your legal rights and options. You may be entitled to compensation, and we can fight for what you deserve.

Contact us today for a free consultation with an experienced pedestrian accident lawyer. Our offices are in Shrewsbury and Newark.