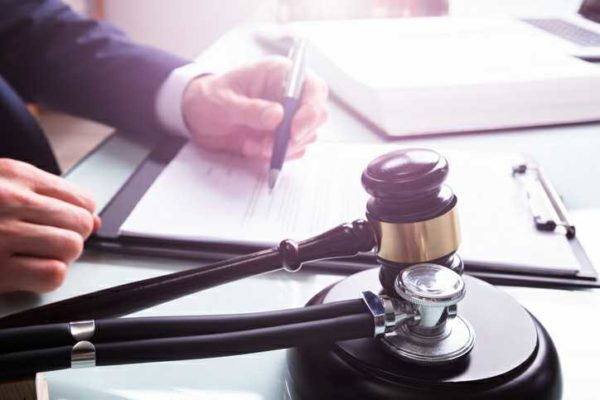 Currently, there is a $750 cap on reductions of workers' compensation liens related to costs required in third-party liability claim lawsuits, and a limit of one-third of the award paid in attorneys' fees.

S.B. 2721 has been referred to the Senate Labor Committee. If it is signed into law, it will take effect immediately. Injured workers are often impacted by the current law, because more money comes out of their portion of the settlement obtained in third party negligence claims associated with their worker’s comp injury. Instead the insurance company gets the benefit by having this cap on litigation expenses.

The proposed law from Senator Scutari would remove the limitations on the credit for these necessary costs and attorneys fees. Instead of this arbitrary number of $750, this law aims for a credit for costs and legal expenses that are deemed "reasonable."

What is a third-party workplace injury claim?

In New Jersey, workers' compensation is a no-fault system. That means workers can be compensated regardless of whether an injury was caused by an error they made, the actions of a coworker or the negligence of a third party. In some cases, injured workers can pursue additional damages for an injury that is linked to the negligence of a third party through a lawsuit alleging that third person was negligent, and caused the injury because of that negligence.

This only applies when a worker's injury is caused by someone other than their employer or a coworker. Some examples of third parties include:

In addition to S.B. 2721, Senator Scutari introduced S.B. 2722, which would clarify the effective date of the Legislature's recent enactment of a statute that increased the amount of money for injuries in workers' compensation payouts for workers who injured a hand or foot on the job. This legislation applies to:

S.B. 2722 does not apply to workers' compensation cases that have been reopened for the purpose of modifying a formal award. Like S.B. 2721, this legislation has been sent to the Senate's Labor Committee.

Many cases have been handled since the Legislature’s passage of a bill that increased the amount of money that would be paid for hand or foot injuries, but throughout the State different Judges and insurance companies have handled the increase differently. Many Judges and Insurance companies have argued that the Legislature did not apply those increases to cases that were already pending in the system. This has led to inconsistent approaches throughout the State. This bill would clarify what cases the increase in value would apply to.

A loss of a body part could result in a permanent partial or total disability. Workers who sustain either are eligible for the following benefits:

If you sustained an injury on the job, the New Jersey workers' compensation attorneys at Shebell & Shebell, LLC can help you explore your legal options. We can help ensure that all paperwork is properly filled out before filing your claim and prepare documents for trial.

If your workplace injury was caused by a negligent third party, we can investigate the incident and help you build a strong legal claim against the responsible party, as well as his or her insurance company.

To get started, contact us online. Our legal consultations are confidential and free of charge.