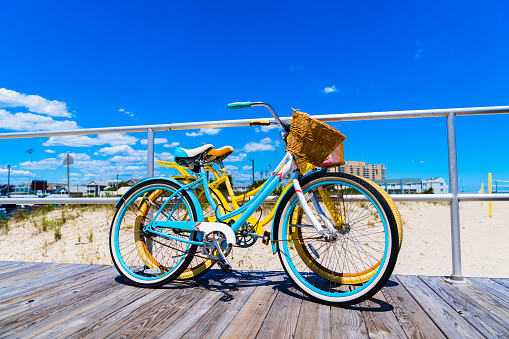 A retired New Jersey police officer says he has faced more close calls riding his bicycle than he ever did on the beat.

Craig Benson, who spent 25 years on the Plainfield Police Department, recently spoke before a Senate committee. He is in favor of creating a state law instructing drivers how to safely pass pedestrians and people riding bicycles, scooters, and skateboards.

Benson gave his statement to the New Jersey Senate Law and Public Safety Committee back in May. Since then, a bill to support improved roadway safety for people who aren't in cars or trucks has moved through the Senate. The new law aims to reduce bicycle accidents as well as crashes involving pedestrians.

Now the bill is on the governor's desk waiting for his signature. If approved, the new law would require drivers to move over when passing people on bikes and pedestrians, among other vulnerable people using the roadway.

Under the proposal, motorists would have to slow down then move over, if possible, when passing cyclists and walkers. If it's not possible to slow down and move over, drivers must pass no less than 4 feet from those using the side of the road. The penalty for violating the law would be a $100 fine, or $500 if there's an injury involved.

Another speaker at the hearing, a Jersey City man who doesn't own a car and rides his bicycle everywhere, said he can't ride a half-mile to the grocery store without enduring a close pass from a motor vehicle. He said the situation is dangerous enough, but it gets worse when angry drivers try to give him a scare.

"Drivers will drive intentionally close to me and scream at me to get on the sidewalk, which is illegal,” said Nathan Oliver, a League of American Bicyclists certified cycling instructor.

Oliver said that if New Jersey set a firm law about safe passing — coupled with a significant awareness campaign — he likely wouldn't face as much danger on the road while riding his bike.

Supporters of the safe passing bill often cite the spike in pedestrian deaths in 2020. The increase in fatalities was a shock to many people since pandemic restrictions greatly reduced the number of vehicles on the road. This was expected to go hand-in-hand with a drop in traffic accidents and fatal bicycle and pedestrian crashes, but things didn't go as expected.

In New Jersey and across the U.S., roadways experienced a sharp increase in car accidents as well as pedestrian and bicycle crashes. The reason for the spike has not been defined, but analysts have said people's driving skills may have gotten rusty during the pandemic lockdown. Other people saw the reduced traffic and, believing they were at a lower risk for accidents, fell into unsafe driving habits like speeding.

In New Jersey, the pedestrian fatal crash rate grew by 9% from 2019 to 2020, according to an analysis by the Governors Highway Safety Association (GHSA).

This increase represents 16 more pedestrian deaths than 2019 for a total of 191 deaths in 2020. Nationwide, the fatal pedestrian crash rate went up by almost 5%. Meanwhile, Kansas was the state with the largest year-to-year increase - 172%, a difference of 31 deaths.

If you were hit by a car, it's critical to protect your legal rights

Bicycle accidents are always serious, and getting justice for injured cyclists is important for the victim as well as the community at large. When negligent motorists are held accountable for their reckless actions, it sends a message that this type of behavior will not be tolerated on our roads.

For us, bike accidents are personal. Attorney Thomas F. Shebell, III, our law firm's managing partner, is an avid cyclist who was hit by a car in 2001 while out for a bicycle ride. To this day, Attorney Shebell still wakes up with pain from the injuries he sustained in that crash.

We realize how important it is to pursue maximum compensation for your injuries. We know that after a severe crash, you will likely be on a long road to recovery that may never end, as many injuries require a lifetime of medical care and treatment.

If you or a loved one got hit by a car in New Jersey, find out how an experienced bicycle accident lawyer can help you seek justice and the financial compensation you deserve.  Contact us today for a free case review. We would be honored to listen to your story and help you determine the best way to proceed with your case.