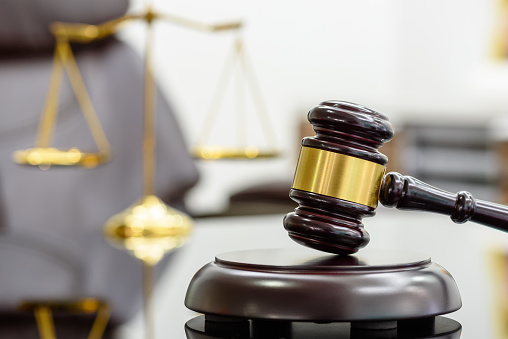 Shebell & Shebell, LLC has won an appeal for a ShopRite employee who was hurt at her workplace but later denied workers’ compensation benefits.

On December 11, 2018, Kathleen Walker was walking to her car in the parking lot after finishing her shift at the ShopRite in Neptune, New Jersey. She stepped into a pothole, suffering an injury.

Walker’s claim for workers’ compensation benefits was denied. She appealed, but in 2020 a workers’ compensation judge ruled that she was not entitled to benefits. The judge noted the area in which she parked was not owned or controlled by Saker ShopRites, Inc. and that she had been told by her employer to park in a different area that was designated for employees.

But Walker’s attorney, Mark T. Apostolou, Jr. of Shebell & Shebell, argued that Saker had maintained an employee break area near the site where his client fell. The company also used a nearby sidewalk to hold shopping carts.

Building a strong case for benefits

Walker, who had worked at the location for 25 years, was asked by a supervisor at one point to park out by the street. But she felt it was safer to park in the side lot where she always did, and other employees continued to park in that area.

Attorney Apostolou continued to pursue the appeal and argued Walker was entitled to workers’ compensation benefits for her injury.

A two-judge Appellate Division panel agreed, and in September, the decision to deny workers' comp benefits for Walker was overturned

The panel noted that under the New Jersey Workers' Compensation Act, entitlement to benefits is controlled by the “premises rule.” Courts need to consider where the accident occurred and whether the employer had control over that site.

The panel said that the fact that Walker chose to park in a different area other than the one designated for employees was inconsequential. They noted there was no evidence that ShopRite’s directive to park in a certain area was driven by safety concerns.

Clarification on a complex area of the law

Attorney Apostolou indicated the decision could help other injured workers in the future.

"We are extremely pleased on behalf of Mrs. Walker with the Appellate Division's decision,” he said. “People are often injured in parking lots they use for work. When the injured person seeks benefits, the workers' compensation insurance companies routinely try to deny the claims. The Appellate Division's decision in this case brings clarity to this nuanced subject.”

Our firm has been fighting for injured workers in New Jersey since 1927. We know the impact an injury can have on workers and their families. Our attorneys know the laws and how to navigate claims through the workers’ compensation system to get the results you deserve.

If you’ve been hurt at the workplace, contact us to schedule a free consultation with an experienced New Jersey workers’ compensation attorney.